Malice Aforethought, an Exercise in Impotence 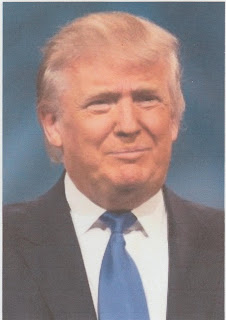 It was educational to watch the audience during President Donald Trump’s State of the Union address in Congress the night of January 30th. The Democratic side of the House played dead.

The #Resistance is a hate group. It refuses to acknowledge the election of Donald Trump, even to the point of questioning his physical and mental fitness to be President, and includes in that mantra the implied accusation that Dr. Ronny Jackson, who examined Trump, is lying. It is willing to say anything to damage Trump, no matter how irrational outrageous and unproven. The “Resistance” goes further by attacking anyone associated by Trump, such as Nikki Haley, whom they suggested, was having an affair with him.  It was prime meat for the Dems but the rumor went nowhere. You can’t grow rain forest trees in the Gobi Desert.

Overall, the Dems during the SOTUS behaved so predictably anti-Trump that it was a foregone conclusion that they would put on anguished or sour faces when he listed his achievements over the last year:

Reduced black and Hispanic unemployment figures
Two-point-four million new jobs
The Border wall
Merit –based immigration (and doing away with chain and visa immigration policies)
The ubiquity of bonuses for American employees (“crumbs” said Nancy Pelosi)
The decision to make Jerusalem the capital of Israel.
Ridding bureaucracies of unnecessary employees (an indirect assault on the Deep State)
Standing for the National Anthem (an assault on football’s “knee” stunts)

Many Democrats displayed frustration during Trump’s speech, refusing to applaud economic achievements, the dramatic reduction in black and Hispanic  unemployment, veterans and the parents of MS-13 victims. Most of them sat with hangdog expressions. They were sending Trump a message he already had and had expected that night. Nothing new. The Dems, in cooperation with the MSM and a multitude of pundits, have been flinging arrows at him for the last year and even before he won the election in November.

Rep. Luis Gutierrez, a Democratic politician, walked out, wearing his African thingee on his shoulder, when the House GOPs chanted “USA! USA! USA!” in response to Trump’s statement that the Capitol Building was a monument to the American people. Few other Dems joined the Republicans. One may suppose they disagreed with Trump. The Capitol is supposed to be seen as a monument to these elected Social Justice Warriors, and the hard work they perform to transform the country from the freest republic in the world into a cesspool of collectivism, not to the hoi poloi.

Dems want the welfare state. Yearn for it. To better run and regulate the lives of millions of Americans. Their unspoken motto, in relation to uncontrolled, unlimited immigration, is that line from Kevin Costner’s fantasy “Field of Dreams”: “If you build one [a baseball field], they will come.” If you build a welfare state, countless parasites will flood across the borders, (not the ghosts of the late baseball legends). They will increase our voting blocs, garner us countless new grateful Democrats to expand our base, but, you the working American, will have no say in this, but have no choice but to pay for their illicit gold mine of freebees in education, incomes, and so on, not us. It’s difficult to get this point across to libertarians who foolishly call for “open borders” in the name of “freedom.”

All in all, Trump’s State of the Union address last night was encouraging if not thrilling. I sat
through the whole speech, glued to my chair. Some pundits are now saying that it was better than anything that Ronald Reagan ever said in that it gave the GOP some inspiration to get done what they need to do on all the subjects he discussed. Over the next year, the Democrats are going to get their butts laundered, although not by Trump.

The continuing, psychotic malice of the Dems and the MSM will be spent shooting more arrows at Trump. And one day their quiver of hatred will be empty.
Posted by Edward Cline at 4:14 PM